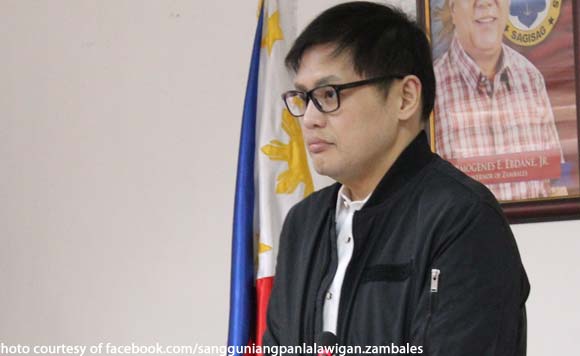 Zambales Vice Governor Jay Khonghun is not one to back away.

He took to Facebook to lambast the basher of his girlfriend’s son Andre Yllana. Although he is not the dad of Andre, he has grown closer to the teenager who is the son of his celebrity girlfriend Aiko Melendez with Jomari Yllana. The vice governor shared a screenshot of a tweet from @jakolinks who said that he’ll be posting a video of Andre if he gets 25,000 followers.

Vice Governor Khonghun dismissed @jakolinks as someone who has nothing better to do with his time than to manipulate and lie to other people. He said to Andre that he will always be there to support him and that he knows the truth.

He also said that the National Bureau of Investigation is already looking for the culprits.

Politiko would love to hear your views on this...
Tags: Andre Yllana, Facebook, Jay Khonghun
Disclaimer:
The comments posted on this site do not necessarily represent or reflect the views of management and owner of POLITICS.com.ph. We reserve the right to exclude comments that we deem to be inconsistent with our editorial standards.