Zambales gov’t, Nolcom to dialogue with fishermen over Chinese seizures of fish catch 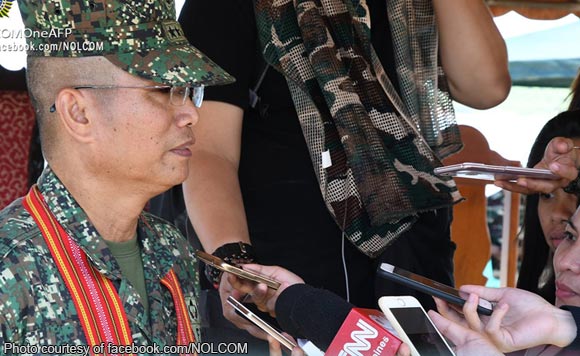 The provincial government of Zambales and the military’s Northern Luzon Command (Nolcom) are set to hold a dialogue with the fishermen from the province amid the Chinese coast guards’ taking of their fish catch in Scarborough Shoal.

“The event was co-initiated to serve as a venue for consultation of the fisherfolk of Zambales with regard to different evolving issues on their livelihood, safety of life at sea and security as well,” Nolcom said.

The activity aims to bring to the attention of the local government agencies the concerns of the fishermen, to promote safety of life at sea, to raise awareness among the Filipinos and promote sovereignty over the country’s maritime areas in Northern Luzon, Nolcom added.

Some fishermen from Masinloc, Zambales, in a recent press briefing in Malacanang, claimed that some members of the Chinese Coast Guard had seized their fish catch in Scarborough Shoal.

China, which has been claiming also the area even if it is within the 200 nautical miles exclusive economic zone of the Philippines, has vowed to investigate the incident.

Politiko would love to hear your views on this...
Spread the love
Tags: Area Task Force North (ATF-North), Chinese coast guards, fishermen, National Task Force West Philippine Sea, Northern Luzon Command (Nolcom), Scarborough Shoal, Zambales
Disclaimer:
The comments posted on this site do not necessarily represent or reflect the views of management and owner of POLITICS.com.ph. We reserve the right to exclude comments that we deem to be inconsistent with our editorial standards.