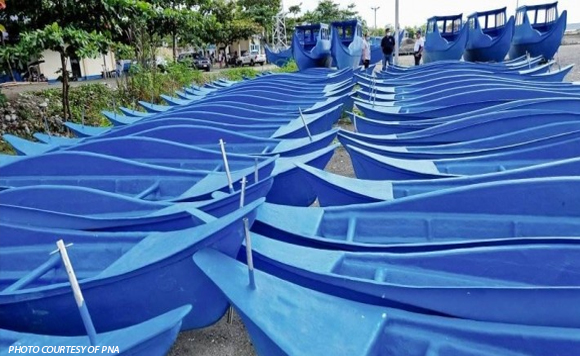 Some P10 million worth of fiberglass reinforced plastic (FRP) boats of varying sizes were distributed to Zambales fishermen venturing into the West Philippine Sea, according to the Bureau of Fisheries and Aquatic Resources (BFAR) regional office.

In a Philippine News Agency report, BFAR Regional Director Wilfredo Cruz said the boats are motorized and with complete fishing accessories that can be used by those fishing more than 15 kilometers from the shoreline.

The program is under the bureau’s “F/B Pagbabago,” one of BFAR National Director Eduardo Gongona’s priority projects to improve fishermen’s livelihood by providing them with durable boats.

F/B Pagbabago focal person Pierre Velasco said through the new boats, sustainable and responsible fishing is expected not just for the beneficiaries but also for the future generations of fishermen.

The 10 “mother” boats, which are 38-footer fishing vessels, were distributed to fishermen’s groups consisting of six to eight individuals each.

Politiko would love to hear your views on this...
Spread the love
Tags: fiberglass reinforced plastic, Philippine News Agency
Disclaimer:
The comments posted on this site do not necessarily represent or reflect the views of management and owner of POLITICS.com.ph. We reserve the right to exclude comments that we deem to be inconsistent with our editorial standards.