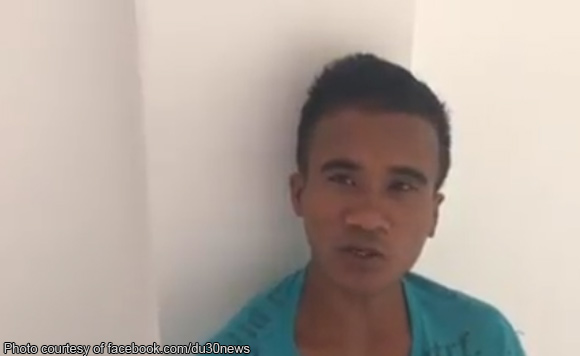 The man who confessed to the killing of a family in San Jose Del Monte in Bulacan last week has tested negative for illegal drugs, proving President Rodrigo Duterte wrong when he said that shabu may have addled the man’s mind.

Twenty-six year old Carmelino Ibañez had claimed that he was hooked on drugs and even mixed them with alcohol when he killed Estrella Carlos, her mother Aurora Dizon and Carlos’ three children on June 27.

Yet the chief of the City of San Jose Del Monte’s police said the drug test done on Ibañez yielded negative results.

In a speech at the founding anniversary of Davao del Sur on Saturday (July 1), Duterte referred to Ibañez to highlight the negative effects of taking illegal drugs on a person.

Without mentioning Ibañez’s name, he said: “Alam mo ‘pag nag-droga ‘yan, kasama ang alcohol niyan. Sigurado ‘yan. But for those who lurk in dark alleys down the street, run over them. Bring a tractor and run over them.”

Politiko would love to hear your views on this...
Spread the love
Tags: Aurora Dizon, Bulacan, Estrella Carlos, founding anniversary of Davao del Sur, president Rodrigo Duterte, San Jose Del Monte, shabu, Twenty-six year old Carmelino Ibañez
Disclaimer:
The comments posted on this site do not necessarily represent or reflect the views of management and owner of POLITICS.com.ph. We reserve the right to exclude comments that we deem to be inconsistent with our editorial standards.