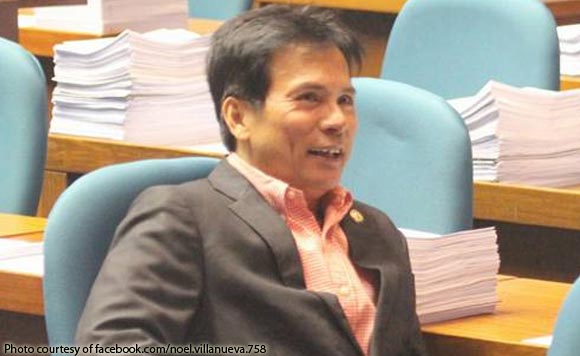 Is Tarlac 3rd District Representative Noel Villanueva an “aryendador” or lessee of distributed lands in the controversial Hacienda Luisita?

Department of Agrarian Reform (DAR) Secretary Rafael Mariano on Wednesday (April 26) said all sold and leased agrarian lands distributed by the government in 2013 in the Hacienda had been cancelled.

The Tarlac politiko questioned the constitutionality of Mariano’s new policy and asked who would benefit from the crops that were leased.

Ramos also called on Congress to probe why a congressman, who is incidentally part of the Committee on Agrarian Reform, is involved in renting agricultural lands of recently distributed lands.

Politiko would love to hear your views on this...
Post Views: 1
Spread the love
Tags: Department of Agrarian Reform, Hacienda Luisita, Representative Noel Villanueva, Secretary Rafael Mariano, Tarlac 3rd District, UMA Secretary General Danilo Ramos, Unyon ng mga Manggagawa sa Agrikultura
Disclaimer:
The comments posted on this site do not necessarily represent or reflect the views of management and owner of POLITICS.com.ph. We reserve the right to exclude comments that we deem to be inconsistent with our editorial standards.