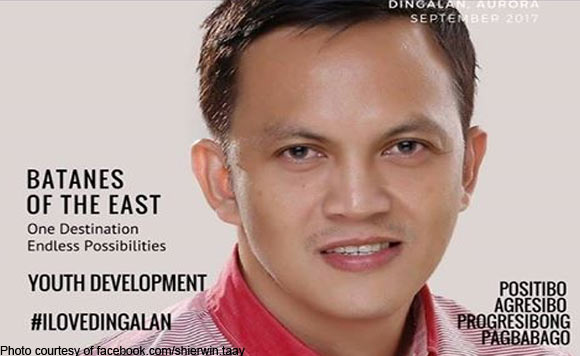 If all goes well, Dingalan Mayor Shierwin Taay can add another achievement on his list: Being on the cover of a magazine.

The politiko was the chosen model of the prototype Maedup magaizine, which some local students are crafting.

The group behind the magazine are currently asking netizens if such a magazine on the programs and achievements in Dingalan would be read by people in the municipality.

Kung si Mayor Shierwin ang nasa cover, for sure it will be a hit!

Politiko would love to hear your views on this...
Post Views: 0
Spread the love
Tags: Dingalan, Dingalan Mayor Shierwin Taay, Maedup, magaizine
Disclaimer:
The comments posted on this site do not necessarily represent or reflect the views of management and owner of POLITICS.com.ph. We reserve the right to exclude comments that we deem to be inconsistent with our editorial standards.