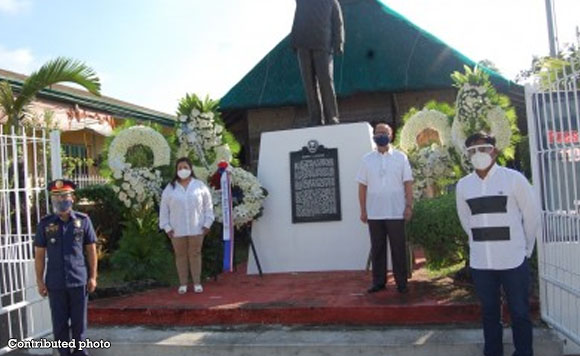 Unlike previous celebrations, this year’s event was kept short and simple to follow safety and health protocols amid the coronavirus disease 2019 (Covid-19) pandemic.

Pineda said the life and legacy of Macapagal also known as Apung Dadong is an example of good leadership that should be emulated by the youth.

He was born to couple, Urbano Macapagal and Romana Pangan, on Sept. 28, 1910 in Barangay San Nicolas, Lubao, this province. (PNA)

Politiko would love to hear your views on this...
Spread the love
Tags: Diosdado Macapagal, Executive Director Restituto L. Aguilar, Mayor Esmeralda Pineda, Vice Mayor Jay B. Montemayor
Disclaimer:
The comments posted on this site do not necessarily represent or reflect the views of management and owner of POLITICS.com.ph. We reserve the right to exclude comments that we deem to be inconsistent with our editorial standards.