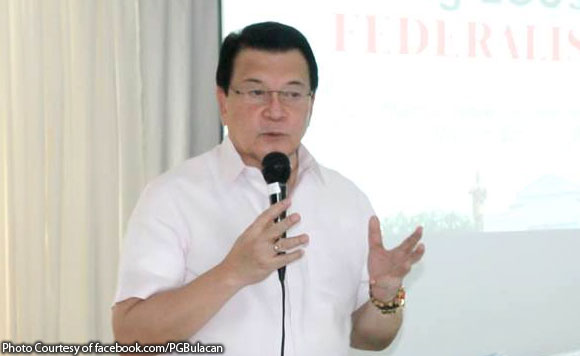 Governor Wilhelmino Sy-Alvarado urging the national government to recycle floodwater coming from Central Luzon into potable water and for irrigation purposes in the region.

The governor, during a press conference Wednesday afternoon held at the Provincial Disaster Risk Reduction and Management Office (PDRRMO) training room here, said the receding floodwater from Pampanga, Nueva Ecija and Rio Chico River of Tarlac has led to back flooding in the towns of Calumpit and Hagonoy days.

“Back floods from Tarlac, Nueva Ecija, and Pampanga bound for Manila Bay have struck the said catch basin towns on July, August and during Typhoon Ompong last week,” Alvarado said.

“And at about 8 a.m. Wednesday, 906 families or equivalent of 3,645 individuals in Calumpit still stayed in the different evacuation areas,” Alvarado said.

To lessen the adverse effects of floods, the governor has proposed to create a water embankment for floodwater coming from Pampanga and Tarlac that could be tapped as potable water and at the same time, for irrigation purposes in the farmlands of Region 3.

“It will lessen the flood problems in the region and at the same time, can help prevent soil subsidence due to groundwater extractions of different local water districts in Central Luzon,” the governor said. (PNA)

Politiko would love to hear your views on this...
Spread the love
Tags: Calumpit, Central Luzon, Governor Wilhelmino Sy-Alvarado, Hagonoy, Nueva Ecija, Ompong, Pampanga, Provincial Disaster Risk Reduction and Management Office, Rio Chico River, Tarlac
Disclaimer:
The comments posted on this site do not necessarily represent or reflect the views of management and owner of POLITICS.com.ph. We reserve the right to exclude comments that we deem to be inconsistent with our editorial standards.