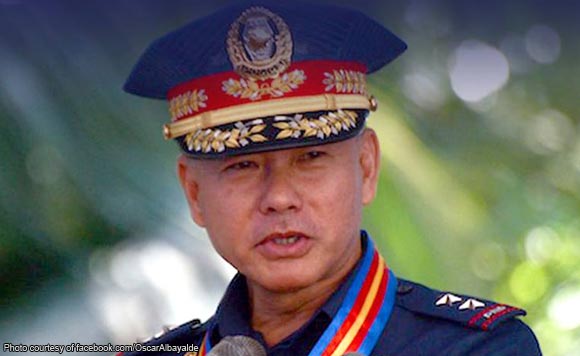 Bocaue, known for its fireworks industry, is a popular destination for revelers.

Albayalde said the inspection was meant to check if the stores have proper permits from the PNP, as well as their compliance with the laws prohibiting the sale of firecrackers and other pyrotechnic devices that may cause injuries or death during New Year’s Eve celebration.

Most of the inspected stalls were all compliant and following fire safety procedures, with certificates and permits, he said.

“As of this time, we have not found any problem here in Bocaue,” Albayalde told reporters in Tagalog after the inspection.

Those found violating Republic Act No. 7183, or the law regulating the manufacture, sale, distribution, or use of firecrackers, face a fine ranging from PHP20,000 to PHP30,000, or a prison term of six months to one year. Vendors also face cancellation of license and business permit plus confiscation of their stocks.

Albayalde said Memorandum Order No. 31, signed on October 29 by President Rodrigo Duterte, mandates the PNP, in coordination with other concerned agencies and local governments, to conduct inspections to ensure that manufacturers, distributors, retailers and users of firecrackers and pyrotechnic devices comply with the government’s safety guidelines.

Meanwhile, Albayalde advised the public to avoid buying and using illegal and dangerous firecrackers and buy only those that are prescribed under Duterte’s Executive Order (EO) No. 28, the law limiting the use of firecrackers in the country.

Firecracker-related casualties for New Year 2018 only totaled 191 people, compared to the 350 recorded in the previous year.

The PNP chief also said security preparations to usher in 2019 are all set nationwide. (PNA)