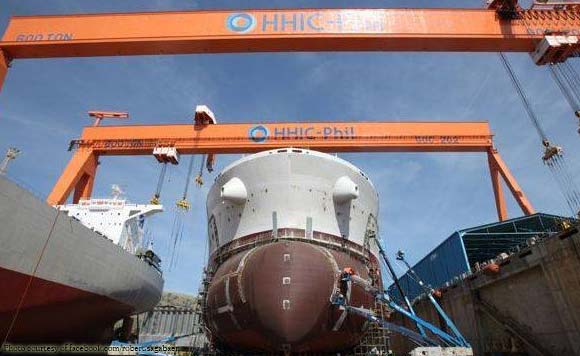 Presidential Spokesperson Salvador Panelo made this comment after Defense Secretary Delfin Lorenzana reportedly claimed that the President “is very receptive” to an idea for the government to take over the shipbuilding facilities in Subic Bay.

“When I asked Secretary Lorenzana, ang parang sinabi lang ni Presidente, “Tingnan natin”… madaling sabihin (the only reaction of the President is “Let’s see”, so it’s easy to say that) it’s just a proposal,” Panelo said.

Panelo said he personally supports Lorenzana’s proposal instead of foreign companies taking over the shipbuilding facilities.

“Kung kaya ba natin patakbuhin ba’t naman hindi (If we can operate it why not)” Panelo said.

“We are… I understand the number four in the world ranking in shipbuilding… eh ‘di magandang kita iyon (it’s a good source of income). But it’s just a proposal, tingnan natin (let’s see),” he added.

Lorenzana earlier said a Filipino company’s acquisition of the shipbuilding business of Hanjin will be beneficial to the ongoing modernization efforts of the Philippine Navy.

The Department of Labor and Employment, meanwhile, vowed to assist 3,800 workers of Hanjin who might be affected after the South Korean shipbuilder declared bankruptcy and applied for rehabilitation. (PNA)

Politiko would love to hear your views on this...
Spread the love
Tags: HHIC-Phil), Malacanang, Philippine Navy, Presidential Spokesperson Salvador Panelo
Disclaimer:
The comments posted on this site do not necessarily represent or reflect the views of management and owner of POLITICS.com.ph. We reserve the right to exclude comments that we deem to be inconsistent with our editorial standards.