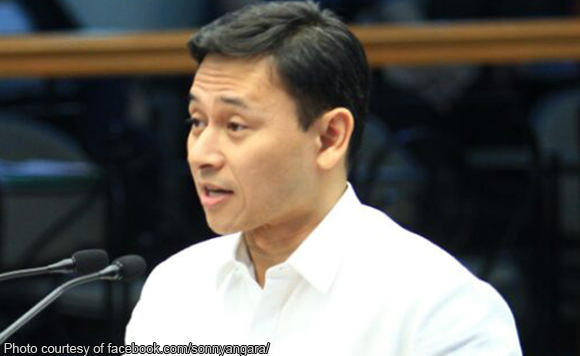 Philippine National Police chief Director General Ronald Dela Rosa may still be in his post, but it’s not a license for him to have a laidback attitude.

Senator Sonny Angara on Thursday (Jan. 26) urged Dela Rosa to take advantage of the crisis confronting the PNP to institute reforms within the organization.

“As I’ve said earlier, our chief PNP should now consider himself ‘on probation’ and use President Duterte’s decision to retain him as his last chance to clean up the ranks of the police,” he said in a statement.

Angara said that while President Rodrigo Duterte has expressed his all-out support for the police, Dela Rosa should impress upon his men that the Chief Executive’s protection covers only lawful actions.

“They (cops) should be reminded not to abuse his support. I think it has reached that point where the chief executive’s support for the police has emboldened some to take shortcuts in law enforcement,” he said.

During the Senate committee on public order and dangerous drugs’ hearing on the killing of Korean businessman Jee Ick Joo on the same day, Dela Rosa admitted some erring lower-rank officers could sometimes prevail upon their immediate superiors.

Politiko would love to hear your views on this...
Post Views: 0
Spread the love
Tags: Jee Ick Joo, Philippine National Police, Police chief Director General Ronald Dela Rosa, president Rodrigo Duterte, Senator Sonny Angara
Disclaimer:
The comments posted on this site do not necessarily represent or reflect the views of management and owner of POLITICS.com.ph. We reserve the right to exclude comments that we deem to be inconsistent with our editorial standards.