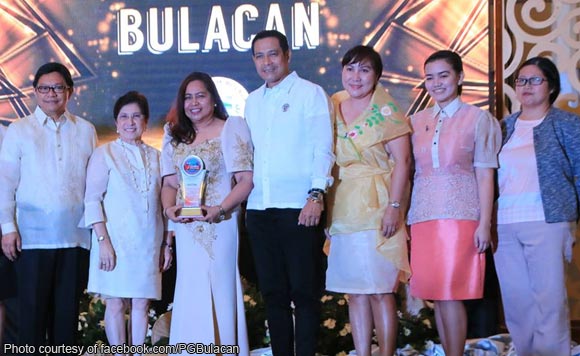 Governor Wilhelmino M. Sy-Alvarado said Thursday the province received the Malaria Excellence award, which is a major citation, during the 7th Central Luzon Excellence Awards for Health (CLExAH) held at the Royce Hotel, Clark Freeport Zone in Pampanga on Tuesday.

The award, he said, was given to the province for having zero malaria
in the past five years.

Aside from this, the Luntiang Silong HIV (human immunodeficiency virus) treatment hub of the Bulacan Medical Center and City of San Jose del Monte (CSJDM) received the Pulang Laso award for having an efficient implementation of programs for treatment of the disease.

The Rogaciano M. Mercado Memorial Hospital in Santa Maria, on the other hand, bagged the Red Orchid Award for its “No Smoking Policy”.

The municipality of Angat and the CSJDM received the Governance for Health Internal Management Support (Local Health System Award); Hagonoy and Plaridel were recognized as top performing municipalities for TB Prevention and Control; while Hagonoy and CSJDM were awarded for their Mother-Baby Friendly Health Initiative.

The recognition for regional voluntary blood program on achieving 1 percent blood collection from the total population was given to the municipalities of Plaridel, Angat, Pulilan, Balagtas, Baliwag, and San Ildefonso.

Meanwhile, the municipalities of Angat and Guiguinto were hailed as runners-up for Purple Ribbon Award for proper implementation of the Family Planning Program.

Vice Governor Daniel R. Fernando, together with Dr. Jocelyn Esguerra-Gomez from the Provincial Health Office-Public Health, received the awards for the province. (PNA)