Viral post leads to discovery of airport stealing in Clark 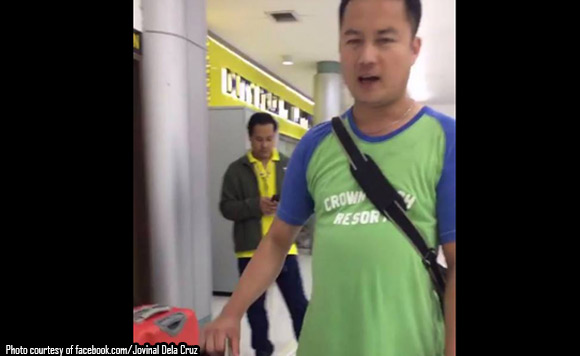 The Clark International Airport Corporation (CIAC) announced that six aviation personnel are under investigation for allegedly stealing for a passenger’s bag.

According to Alexander Cauguiran, acting president of the CIAC, the six personnel from Miascor Aviation Services were placed under preventive suspension for pilferage of the luggage of a passenger.

The victim, Jovinal Dela Cruz of Pandi, Bulacan, on Wednesday posted on Facebook about his experience at Clark International Airport (CRK).

Dela Cruz’ wife, Rosemarie Campo Versoz, filed a complaint at the Clark Airport Police Station on Jan. 10 when they discovered that some of the items in their luggage were missing. The couple arrived from Singapore on board a Jet Star flight last December 23.

The couple said an agent said they will be notified once their three luggage and a box arrive in Clark, but no notification arrived after more than two weeks.

When they went to the CRK to ask for their luggage, they were surprised to learn that it was delivered in Clark on Dec. 24.

“Measures are now being undertaken with airlines and ground handlers to ensure that the incident will not happen again,” said Cauguiran. “I will also recommend to Miascor the termination from employment of the suspects,” he added.

Miascor has compensated the passenger with P82,824 for the lost items. The names of the suspects were withheld pending the filing of administrative and criminal charges investigation by the airport authorities.

Politiko would love to hear your views on this...
Post Views: 1
Spread the love
Tags: acting president of the CIAC, Alexander Cauguiran, Bulacan, Clark Airport Police Station, Clark International Airport (CRK)., Clark International Airport Corporation (CIAC), Jovinal Dela Cruz of Pandi, Miascor Aviation Services, passenger’s bag, Rosemarie Campo Versoz, six aviation personnel
Disclaimer:
The comments posted on this site do not necessarily represent or reflect the views of management and owner of POLITICS.com.ph. We reserve the right to exclude comments that we deem to be inconsistent with our editorial standards.