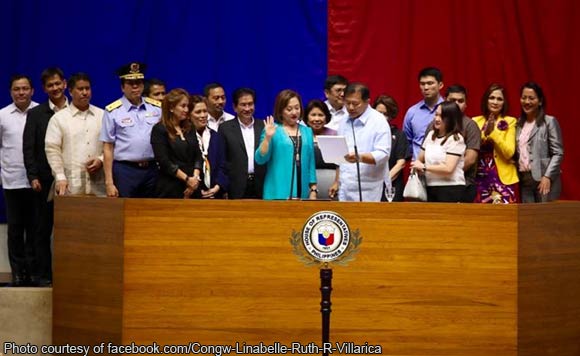 Arroyo was ousted as deputy speaker for voting against the reimposition of the death penalty last March.

House Speaker Pantaleon Alvarez earlier threatened lawmakers that they will be stripped of House leadership positions if they voted against the measure.

Eleven other lawmakers were replaced because of their anti-death penalty votes.

Politiko would love to hear your views on this...
Post Views: 0
Spread the love
Tags: Bulacan 4th District, Central Luzon, death penalty, House Speaker Pantaleon Alvarez, Pampanga 2nd District, Representative Gloria Macapagal-Arroyo, Representative Linabelle Villarica
Disclaimer:
The comments posted on this site do not necessarily represent or reflect the views of management and owner of POLITICS.com.ph. We reserve the right to exclude comments that we deem to be inconsistent with our editorial standards.