Villar: DPWH to transfer headquarters to Clark by 2020 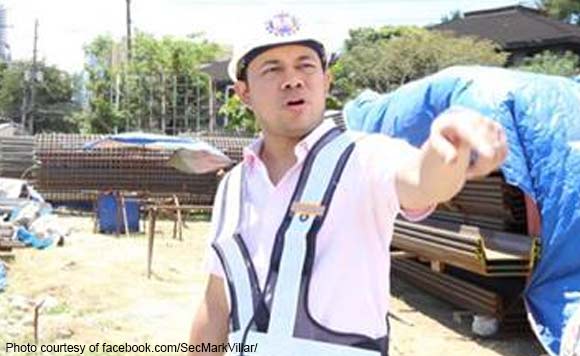 Department of Public Works and Highways (DPWH) Secretary Mark Villar said Friday he is planning to move his office to Clark, Pampanga.

Villar made the announcement during the economic briefing participated in by some Cabinet officials in Clark.

“In two years, we’re also going to move our office in Clark,” he said.

The Department of Transportation (DOTr) has so far been the only national agency that has transferred its main office to the former American base.

DOTr, which moved to Clark in July last year, has said it took the lead to decongest Metro Manila. #

Politiko would love to hear your views on this...
Spread the love
Tags: Cabinet officials in Clark., Clark, Department of Public Works and Highways (DPWH) Secretary Mark Villar, Department of Transportation (DOTr), former American base, Pampanga
Disclaimer:
The comments posted on this site do not necessarily represent or reflect the views of management and owner of POLITICS.com.ph. We reserve the right to exclude comments that we deem to be inconsistent with our editorial standards.