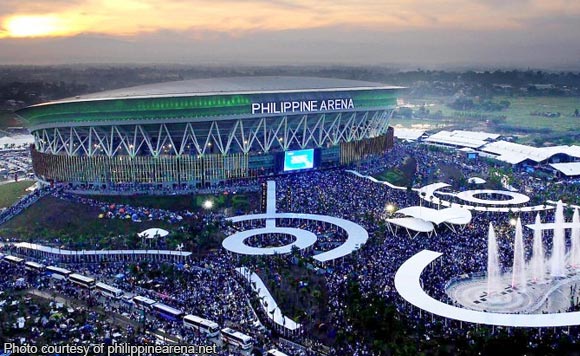 This after Department of Foreign Affairs (DFA) Secretary Alan Peter Cayetano said the SEA Games will be held in three provinces in Central Luzon.

Cayetano said New Clark City in Angeles, Pampanga is being considered to be developed for sports facilities.

Other sites include Zambales and Bulacan.

“Please seriously consider Bulacan, we have the Philippine Arena and other great facilities plus extra ordinary hospitality of Bulakenyos,” Villanueva said.

“If sports facilities and infrastructure have yet to be seen in Clark, I think it would be much better if we utilize those facilities in the Philippine Arena which are only waiting to be showcased,” Villanueva added.

Politiko would love to hear your views on this...
Post Views: 1
Spread the love
Tags: Alan Peter Cayetano, Angeles, Bocaue, Bulacan, Central Luzon, Department of Foreign Affairs (DFA), Joel Villanueva, New Clark City, Pampanga, Philippine Arena, SEA Games, Senator, Zambales
Disclaimer:
The comments posted on this site do not necessarily represent or reflect the views of management and owner of POLITICS.com.ph. We reserve the right to exclude comments that we deem to be inconsistent with our editorial standards.