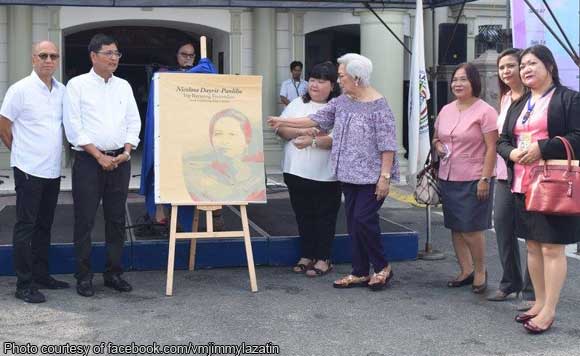 The local heroine and women’s icon nursed sick and wounded Filipino soldiers who fought against Americans.

The Pampanga politiko said he will push for the renaming of V. Tiomico Street after Panlilio to recognize her heroism.

Panlilio’s remains are interred at the Hizon-Henson house, her family’s ancestral home, along V. Tiomico Street.

“Looking into the contributions of Nicolasa Dayrit to the country’s history, and of course the significance of this road to her which houses her ancestral home, I just thought that it might be more appropriate to name it after her. But of course, this is with all due respect to Vicente Tiomico who was an appointed mayor of the city for one year and has his own share in the city’s history,” Lazatin explained.

Politiko would love to hear your views on this...
Spread the love
Tags: Americans, Filipino soldiers, Hizon-Henson house, Kapampangan heroine Nicolasa Dayrit-Panlilio, Nicolasa Dayrit, San Fernando City, V. Tiomico Street, Vice Mayor Jimmy Lazatin w
Disclaimer:
The comments posted on this site do not necessarily represent or reflect the views of management and owner of POLITICS.com.ph. We reserve the right to exclude comments that we deem to be inconsistent with our editorial standards.