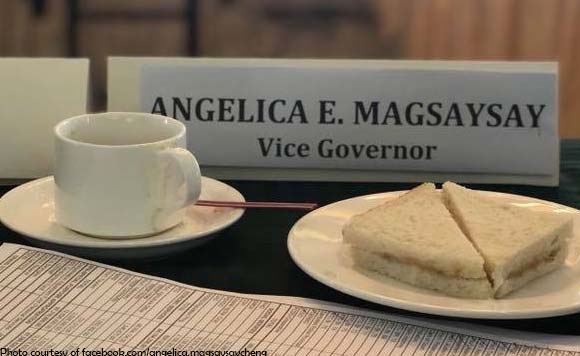 Zambales Vice Governor Angel Magsaysay had quite the interesting metaphor for the budget hearing in her province.

On August 24, the politiko posted on Facebook several pictures taken at the budget hearing held in Zambales.

Now that’s one way to describe a budget hearing!

Politiko would love to hear your views on this...
Spread the love
Tags: #TawaranAllaTiange, Angel Magsaysay
Disclaimer:
The comments posted on this site do not necessarily represent or reflect the views of management and owner of POLITICS.com.ph. We reserve the right to exclude comments that we deem to be inconsistent with our editorial standards.