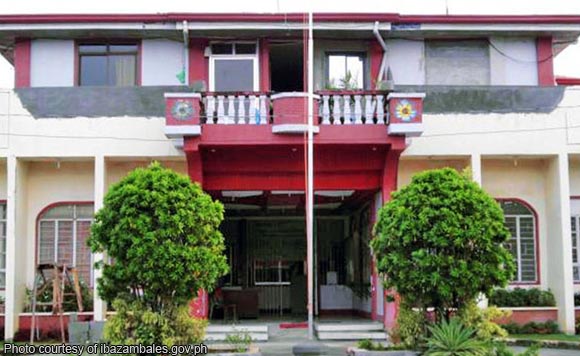 A clash among political heavyweights in this province looms as reelectionists, comebacking politikos, and new aspirants seek different provincial posts come May 13, 2019.

Reelectionist governor Amor Deloso is seeking his second term as chief executive of the province and standing on his way is a familiar political foe — former governor Hermogenes Ebdane Jr., the same man he unseated in the 2016 elections.

Ebdane had built a powerful political clan during his two terms as the province’s chief executive but lost in 2016 as Deloso joined forces with a former staunch political rival, Vicente Magsaysay.

The 80-year-old Deloso, teamed up with the former governor’s daughter, Angel Magsaysay-Cheng, in 2016 and again this coming election for her second term.

This time, Ebdane formed an alliance with another political clan in the south to boost his chances of returning to power.

The 69-year-old Ebdane convinced three-termer Subic town Mayor Jay Khonghun to be his vice governor in a much-anticipated face off with the Deloso-Magsaysay tandem.

Meanwhile, the race for the first congressional district is also interesting as incumbent Rep. Jeffrey Khonghun, father of Jay Khonghun, and gunning for his third term, will be going up against former governor Vicente Magsaysay.

Magsaysay, more known as Govic, sprang back from retirement to rejoin provincial politics. He first served as governor of Zambales in 1968 until 1986. He again won in 1998 and got re-elected in 2001 and 2004.

In the battle for the second congressional district, incumbent Rep. Cheryl Deloso-Montalla is pitted against lawyer Jun Pangan, a three-term provincial board member.

In the capitol town of Iba, it’s another Deloso versus Ebdane affair with incumbent mayor Rundstedt Ebdane, son of the former governor, being challenged again by Ad Hebert Deloso, the son of the incumbent governor.

In San Antonio, Deloso’s sister, Estela Deloso-Antipolo, is a shoo-in for re-election as reports say she is running unopposed.

A heated battle is also expected in the City of Olongapo as the Gordon political clan tries anew to get back in power, with Anne Gordon, wife of former mayor James Bong Gordon Jr., faces off with the incumbent Rolen Paulino.

Paulino is under suspension for six months but political observers here say there is no one who can beat him at this time.

Paulino has defeated the Gordons twice, in 2013 and 2016, and is now seeking his third and last term as mayor.

There are 79 aspirants for councilors. Among them are Vic Vic Magsaysay, a grandson of Vicente Magsaysay running under Paulino’s ticket; Tata Paulino, the incumbent mayor’s daughter; and Jimuel Khonghun, grandson of the (1st District) congressman, who is also running under the ticket of Paulino. (PNA)

Politiko would love to hear your views on this...
Spread the love
Tags: Ad Hebert Deloso, Jay Khonghun, Rep. Cheryl Deloso-Montalla, Rep. Jeffrey Khonghun, Rundstedt Ebdane, Vice Mayor Aquino Jong Cortez Jr
Disclaimer:
The comments posted on this site do not necessarily represent or reflect the views of management and owner of POLITICS.com.ph. We reserve the right to exclude comments that we deem to be inconsistent with our editorial standards.