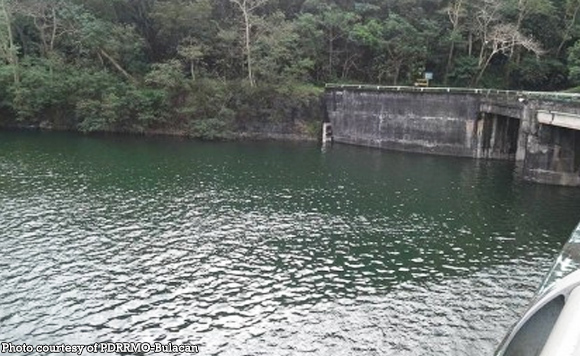 CITY OF MALOLOS, Bulacan — Rains brought by Typhoon Ursula in the past days have raised Angat Dam’s water level by 1.78 meters in three days.

Records of Bulacan’s Provincial Disaster Risk Reduction and Management Office (PDRRMO) showed the rise in Angat Dam’s water elevation from 198.9 meters on Wednesday to 199.72 meters on Thursday, and 200.68 meters on Friday.

Liz Mungcal, PDRRMO chief, said the dam’s water elevation as of Friday morning was above its minimum operating level of 180 meters but was still 11.32 meters below its ideal end-of-the-year level of 212 meters.

As this developed, Sevillo David Jr., executive director of the National Water Resources Board (NWRB), told the Philippine News Agency (PNA) that for January, the board has approved a water allocation of 40 cubic meters per second (cms), still less than the normal 46 cms, for the Metropolitan Waterworks and Sewerage System (MWSS).

On the other hand, 10 cms from its normal 30 cms are allocated for irrigation supply to farmlands in Bulacan and some parts of Pampanga.

“The NWRB is closely monitoring the end-of-the-year elevation of Angat Dam and modifies its water allocations if the water elevation improves,” David said.

Early this year, the dam’s water level has gone down below its critical level of 160 meters, forcing the NWRB to cut the water allocation for Metro Manila’s domestic use to 36 cms from its normal 46 cms water allocation.

The cut in the water allocation for Metro Manila’s domestic water use has forced two water concessionaires of MWSS to enforce rotational water service interruptions to its service customers.

The NWRB has also suspended the irrigation allocation for farms in Bulacan and some parts of Pampanga when its water elevation dipped below its minimum operating level of 180 meters.

Politiko would love to hear your views on this...
Spread the love
Tags: Angat dam, Bulacan Provincial Disaster Risk Reduction and Management Office (PDRRMO), Typhoon Ursula
Disclaimer:
The comments posted on this site do not necessarily represent or reflect the views of management and owner of POLITICS.com.ph. We reserve the right to exclude comments that we deem to be inconsistent with our editorial standards.