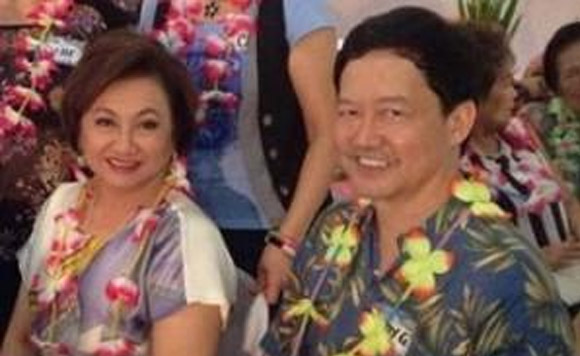 “NEW DOJ SECRETARY IS A MEYCAUEÑO! Congratulations to Bulacan’s own, Atty. Menardo I. Guevarra for his appointment as Secretary of the Department of Justice,” said Villarica.

“Not many know this but Secretary Guevarra finished his secondary education at Meycauayan Institute, now Meycauayan College. He even led the core of alumni who organized Batch 70’s 45TH Alumni Homecoming in 2015. That’s how mindful this tubong-Brgy. Malhacan is of his roots,” said the poitiko.

“You have our trust Sec. Guevarra, do us proud!” she said.

Politiko would love to hear your views on this...
Tags: 45TH Alumni Homecoming, 4th District, Atty. Menardo I. Guevarra, Bulacan, Department of Justice (DOJ), Linabelle Villarica, Meycaueño, Representative Linabelle Villarica
Disclaimer:
The comments posted on this site do not necessarily represent or reflect the views of management and owner of POLITICS.com.ph. We reserve the right to exclude comments that we deem to be inconsistent with our editorial standards.