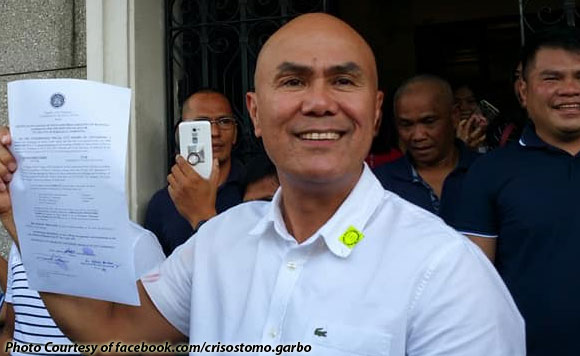 The RTC ordered Garbo and the Department of Interior and Local Government (DILG) to “cease and desist from any action that will result in the removal from the mayoralty position of the petitioner (Halili).

Halili became new city mayor on June 19 by virtue of succession under the Local Government Code after former mayor Marino Morales stepped down.
A Commission on Elections (Comelec) en Banc ruling earlier canceled the certificate of candidacy of Morales in the 2016 elections, disqualifying him and nullifying the votes he garnered in the elections.

The Comelec ruling also awarded the victory to Garbo.

The RTC insisted on a full-blown trial because the case is “complicated and unique.”#

Politiko would love to hear your views on this...
Spread the love
Tags: Board Member Crisostomo Garbo, Commission on Elections, Department of Interior and Local Government), Local Government Code, Mabalacat Board Member Crisostomo Garbo, Mabalacat Mayor, Marino Morales stepped down.
Disclaimer:
The comments posted on this site do not necessarily represent or reflect the views of management and owner of POLITICS.com.ph. We reserve the right to exclude comments that we deem to be inconsistent with our editorial standards.