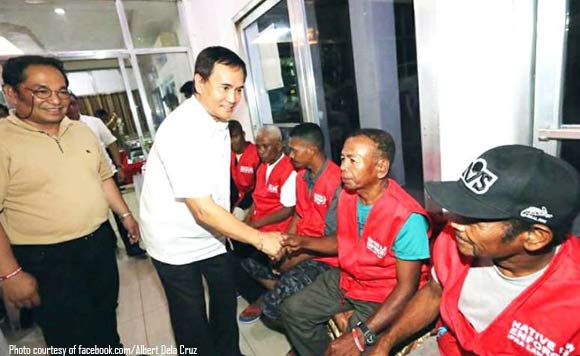 The Sangguniang Tribung Aeta has given some recommendations on how to develop the Clark Valley City in Pampanga.

Albert dela Cruz, the group’s legislative tribal secretary and tribal consultant, said that Clark Valley City, which mostly compromises the ancestral domain of the Tribung Aeta in Mabalacat City is also poised for major development similar to the ongoing massive infrastructure projects being done at the New Clark City.

In line with the government’s growth expansion program inside the Clark Freeport Zone, Dela Cruz expressed that this is the perfect opportunity to operationalize the Tribung Aeta Sustainable Protection Program.

This includes the development of an ecotourism estate, with a high-end hotel and theme park and a hydroelectric water impounding area. The latter may account for sustainable water and energy reservoir in Clark Freeport, Clark New City and the local community for the next 25 years.

“As we know, deep drilled water is in fast depletion. We need to use the free surface water. As the Sangguniang Tribung Aeta Legislative Tribal secretary, I saw the strength of the Clark Valley Ecozone for the ecotourism program, considering the ten falls within the area including the ‘King of its Falls’, the Mt. Babaribol Falls comparable to the best falls is the country with a good climate just like the Banaue Rice Terraces,” Dela Cruz said.

His proposal also includes mid-cost housing program for the Aetas, with a housing loan amounting to P3-million to P6-million payable for 25 years at most.

Politiko would love to hear your views on this...
Post Views: 0
Spread the love
Tags: Albert dela Cruz, Clark Freeport, Clark Freeport Zone, Clark New City, Clark Valley City in Pampanga., ecotourism estate, infrastructure, New Clark City, Sangguniang Tribung Aeta, Tribung Aeta in Mabalacat City, Tribung Aeta Sustainable Protection Program.
Disclaimer:
The comments posted on this site do not necessarily represent or reflect the views of management and owner of POLITICS.com.ph. We reserve the right to exclude comments that we deem to be inconsistent with our editorial standards.