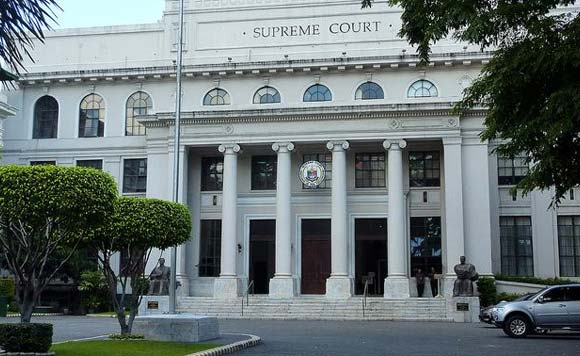 The petitions were filed few days before Garbo assumed the mayorship as the Comelec en banc issued a writ of execution on June 8, 2017. The writ ordered for the proclamation of Garbo on June 27, 2017.

In a 21-page decision penned by Associate Justice Antonio Carpio, the High Tribunal junked the petitions for lack of merit and affirmed the resolution of the Comelec First Division issued on August 3, 2016, and the subsequent resolution of Comelec En Banc issued on May 26, 2017.

Both were the subject of the petitions of Morales and Halili.

“I am elated with the recent Supreme Court decision as this lay to rest the issue on the legitimacy of my leadership as City Mayor of Mabalacat City. I extend my hand of conciliation to the parties and for them to help me achieve my dream of transforming Mabalacat City into a world-class city in the Philippines,” Garbo said in his official statement released by his spokesperson Lawyer Emmanuel E. Ignacio on Thursday.

Garbo welcomed the decision, stating that Divine intervention will always find its way despite attempt to circumvent laws on terms of offices.

“Ito po ay pagka panalo po ng syudad at mamamayan ng Mabalacat at hindi lamang po sa inyong lingkod. Sana po ay magsilbing pangaral sa ating lahat na hindi po natin pwedeng paikutin ang itinatakda ng batas lalu na po sa pagpapalawig ng panunungkulan. Pero ang higit na konsiderasyon po ay ang isang mensahe sa Bibliya na ang mga namumuno ay iniluluklok ng Diyos (This is the triumph of the city and its citizens and not only of your servant. May this serve as an advice to all of us that we cannot circumvent what is set by laws especially in the extension of term. But the foremost consideration is a message in the Bible that leaders are enthroned by God) ,” the mayor said.

On June 2, 2017, Halili filed with the SC a petition for certiorari and prohibition with application for temporary restraining order and/or status ante order.

Separately, Morales filed also with the SC three days later, a petition for certiorari with urgent prayer for temporary restraining order and/or status ante order and/or writ of preliminary injunction.

The Comelec First Division on August 3, 2016 ordered the cancellation of certificate of candidacy (COC) of Morales and votes cast in his favor declared astray.

The same ruling ordered the City Board of Canvassers to reconvene and annul the proclamation of Morales and proclaim the qualified candidate with the next highest number of votes.

The Comelec En Banc on May 26, 2017 affirmed the decision of the First Division as it denied the motion for reconsideration filed by Morales for lack of merit.

“The primordial issue to be resolved is whether or not the Comelec gravely abused its discretion amounting in the lack or excess of jurisdiction: (1) in finding that Morales committed a false misrepresentation in his COC when he declared that he was eligible to run as mayor of Mabaacat City in the 2016 elections despite his violations of the three-term limit rule; and (2) in proclaiming Garbo as the duly elected mayor of Mabalacat City for being the qualified candidate with the highest number of votes,” the SC decision states.

In affirming the decisions of the poll body, the SC also stated: “We do not find merit in both petitions (by Halili and Morales).”

Halili questioned the discretion of the poll body in declaring Garbo as the qualified mayoral candidate with the highest number of votes.

He also raised issue of discretion in not declaring a permanent vacancy in the office of the mayor of Mabalacat City after the certificate of candidacy of Morales was cancelled.

Halili also questioned the reconvening of the 2016 Elections City Board of Canvassers of Mabalacat City to proclaim the candidate with the next higher number of votes. (PNA)

Politiko would love to hear your views on this...
Spread the love
Tags: Antonio Carpio, Christian Halili, Clark Freeport, Crisostomo C. Garbo, Mabalacat City, Marino Morales, Pampanga, SC
Disclaimer:
The comments posted on this site do not necessarily represent or reflect the views of management and owner of POLITICS.com.ph. We reserve the right to exclude comments that we deem to be inconsistent with our editorial standards.