I told you so: Duterte uses ‘Bulacan massacre’ to show bishops, rights groups wrong in attacking his war on drugs 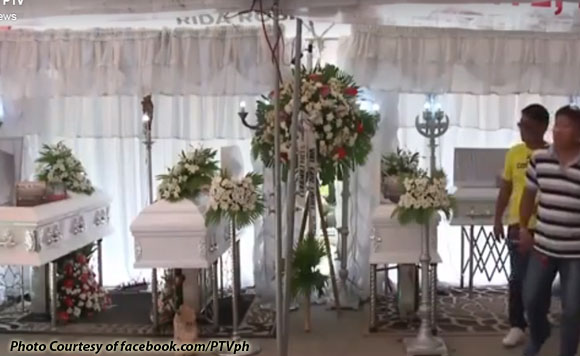 President Rodrigo Duterte is hoping the bishops and human rights groups critical of his brutal war on drugs didn’t miss the news on how the police nabbed a shabu-crazed construction worker who carried out the massacre of five members of the Dizon-Carlos family in Bulacan.

In a speech in Tagum City Saturday, Duterte said that the gory crime proved his point that shabu and illegal drugs make normal people do heinous stuff like what the suspect, Carmelino Navarro Ibañes, did in the early morning of June 27.

Ibanes, who admitted to drinking alocohol and taking shabu, claimed that a voice told him to enter the Dizon-Carlos home in North Ridge Subdivision in Sto. Cristo village where he stabbed to death Auring Dizon, 58; her daughter Estrella, 28; and Estrella’s children – Donnie, 11; Ella, 7; and Dexter Jr, 1. He claimed to have raped Auring and Estrella after he killed them.

He said this should serve as an eye-opener for human rights watch group “who have no clients but criminals.”
“Tingnan mo naman kung pumatay. Pero ito, you can never hear the Human Rights or the human rights lawyers, na even just an expression of sympathy and condemnation. Wala,” said Duterte.

Politiko would love to hear your views on this...
Spread the love
Tags: Bulacan massacre, Dizon-Carlos family, president Rodrigo Duterte, war on drugs
Disclaimer:
The comments posted on this site do not necessarily represent or reflect the views of management and owner of POLITICS.com.ph. We reserve the right to exclude comments that we deem to be inconsistent with our editorial standards.