To be named after late daughter: Eddie Villanueva thanks House for approving construction of Bocaue hospital 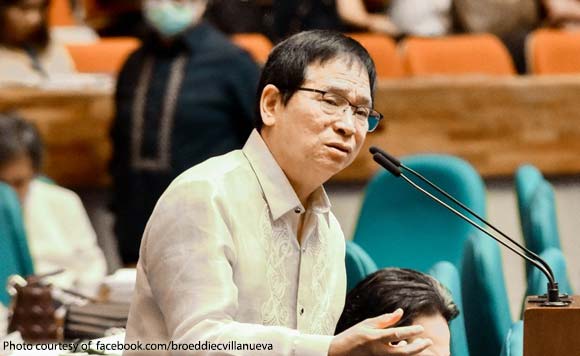 The House of Representatives has approved a measure seeking to establish the first nationally funded hospital in Bulacan.

Voting 207 affirmative with no negative and abstention vote, House Bill 8606 was approved in Wednesday’s session.

The hospital, now being constructed in Bocaue, will be called the Joni Villanueva General Hospital.

Joni died last year while serving as mayor of Bocaue due to sepsis secondary to bacterial pneumonia.

Deputy Speaker Villanueva lauded the establishment of a Level 2 hospital in Bocaue, which will become the sixth nationally funded hospital in Central Luzon region.

Villanueva said Mayor Joni donated her land where the hospital is being constructed and lobbied to the national government for the appropriations needed for its operations.

Politiko would love to hear your views on this...
Spread the love
Tags: Bocaue hospital, Eddie Villanueva, House for approving, House of Representatives
Disclaimer:
The comments posted on this site do not necessarily represent or reflect the views of management and owner of POLITICS.com.ph. We reserve the right to exclude comments that we deem to be inconsistent with our editorial standards.