Tireless Arroyo works even on Sundays 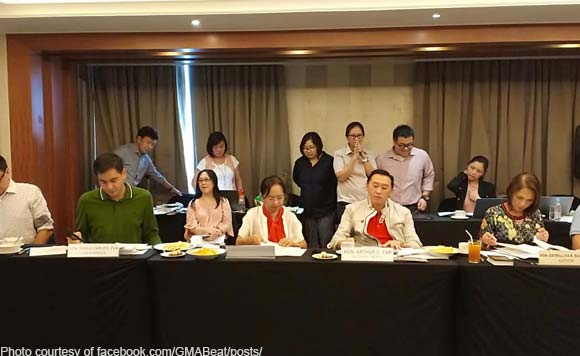 She’s not called powerful for nothing!

The politiko even called for a technical working group (TWHG) meeting on Sunday, August 5 to discuss the Corporate Income Tax and Incentives Reform Act.

“It is one of the priority measures of President Rodrigo Duterte. The TWG is working to complete the report on the proposed measure which is due on Tuesday, August 7, 2018,” said Arroyo, who represents the second district of Pampanga.

Politiko would love to hear your views on this...
Spread the love
Tags: president Rodrigo Duterte, Speaker Gloria Macapagal-Arroyo
Disclaimer:
The comments posted on this site do not necessarily represent or reflect the views of management and owner of POLITICS.com.ph. We reserve the right to exclude comments that we deem to be inconsistent with our editorial standards.