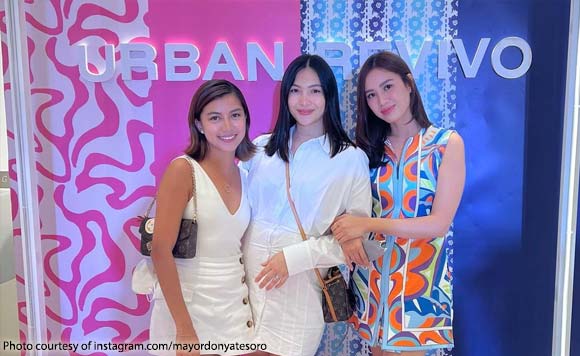 Fret not because San Manuel, Tarlac Mayor Donya Tesoro revealed on IG that she’s been wearing Urban Revivo’s pieces since its store opened in Mall of Asia.

Urban Revivo is a chinese fast fashion brand which recently opened its pioneering store in the Philippines.

” Can’t believe @urbanrevivo.philippines is now in the Philippines! Congratulations @bryanchanlim and @kailim_ 🫶🏻 Been wearing Urban Revivo pieces since the day your store opened. 😅🙌🏻,” she said.

Politiko would love to hear your views on this...
Spread the love
Tags: clothing brand, Mayor Donya Tesoro, San Manuel
Disclaimer:
The comments posted on this site do not necessarily represent or reflect the views of management and owner of POLITICS.com.ph. We reserve the right to exclude comments that we deem to be inconsistent with our editorial standards.