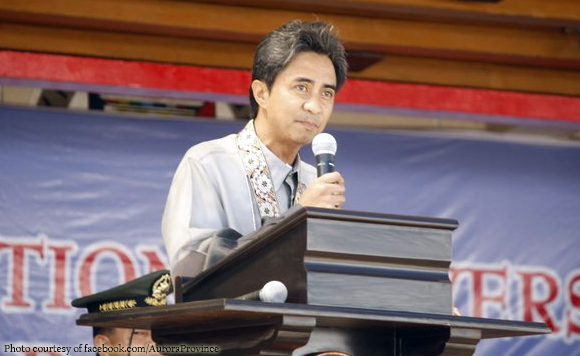 The Sandiganbayan 6th Division has refused to dismiss the graft case against Aurora Governor Gerardo Noveras concerning the 2014 deal to repair of the provincial highway.

Contrary to the arguments raised by Noveras, the anti-graft court pointed out all the elements of graft were sufficiently alleged in the charge sheet.

“The Information need not allege ‘causing undue injury to any party’ in addition to the allegation of ‘giving any private party any unwarranted benefit, advantage or preference,’” the court ruled.

With this, the court also denied his appeal to have the case returned to the Office of the Ombudsman for reinvestigation.

“Clearly, the attached motion is grounded on issues of credibility and on his innocence. A preliminary investigation has actually been conducted, and hence, the motion to be filed and admitted is prohibited,” it said.

The case concern the repai works of the Dimalang Bridge Approach and the Road Section of the Casiguran-Dilasag Provincial Road.

Under the case, he is accused of having picked RMCR Construction to conduct the repair projects even before the procurement process was finished.

Ombudsman investigators found that a report, which showed that the projects were already 100 percent complete, was issued three days prior the issuance of notices to proceed with the projects.

Politiko would love to hear your views on this...
Spread the love
Tags: Aurora Governor Gerardo Noveras, Sandiganbayan
Disclaimer:
The comments posted on this site do not necessarily represent or reflect the views of management and owner of POLITICS.com.ph. We reserve the right to exclude comments that we deem to be inconsistent with our editorial standards.