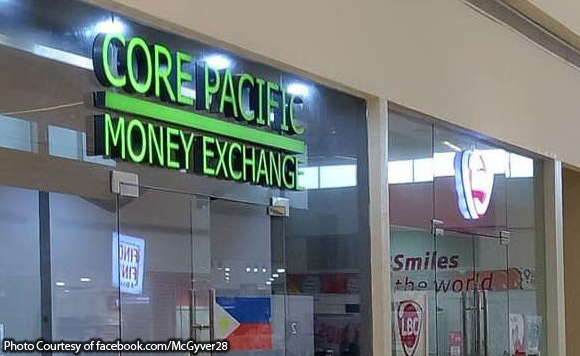 A gang of robbers struck at a mall here between midnight Friday and dawn of Saturday, robbing three business establishments of cash and assorted items estimated to be more than P7 million.

“They entered into the canal then made diggings until they hit the stockroom of All Shoppe department store,” said Supt. Byron Allatog, Balanga City police chief, adding that the robbery was only discovered by employees Saturday morning.

He said that through the canal system, the suspects destroyed the pavement of the stockroom of All Homes Appliances.

Once they made their way inside, the robbers destroyed the wall of the Camella Homes office on the ground floor.

He said that from the stockroom, the robbers entered other areas of the Vista Mall-Bataan through the air-conditioning duct system, and got from the vault of All Shoppe cash worth more than PHP1.5 million.

“We were wondering because the robbers almost knew the duct system on where they were going — from the treasury then to department store. (It was) almost systematic,” Allatog said.

The treasury of the department store is on the second floor.

Upon leaving the department store, Allatog said the robbers took away some Timex watches and proceeded to Core Pacific Money Changer, also located on the second floor.

Allatog said based on CCTV footages, there were three men who entered the mall at about 12 midnight Friday and left at about 3 a.m. Saturday.

“They have specific targets — the treasury of the department store and the pawnshop/money changer,” the chief of police said. “They entered into the sewage system and they also exited there.”

He said first to be known as “Termite gang,” its members are said to former miners from the Cordillera.

“We coordinated with the intelligence community of the police in the Cordillera Region. In due time, we will have a lead. What the Balanga City police is doing is sharing information and coordination,” Allatog said. (PNA)

Politiko would love to hear your views on this...
Spread the love
Tags: All Shoppe department store, Balanga City police, Bataan mall, business, Camella office, Core Pacific Money Changer, P7 million, Supt. Byron Allatog, Vista Mall-Bataan
Disclaimer:
The comments posted on this site do not necessarily represent or reflect the views of management and owner of POLITICS.com.ph. We reserve the right to exclude comments that we deem to be inconsistent with our editorial standards.