Teri Onor thanks Pacquiao for relief operation in Bataan 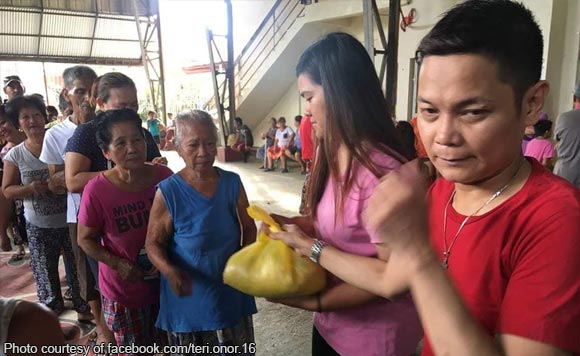 Boxing champ and Senator Manny Pacquiao has sent relief goods to Abucay, Bataan, one of the areas hit by massive flooding due to tropical depression and monsoon rains late last month.

Bataan Board Member Teri Onor (aka Dexter Dominguez), in behalf of Pacquiao, led the distribution Saturday, August 4, of relief goods to the residents of different villages in Abucay.

The recipients came from Barangays Laon, Calaylayan, Salian, and Capitangan.

Politiko would love to hear your views on this...
Tags: Abucay, Barangays Laon, Bataan, Calaylayan, Capitangan, Dexter Dominguez, Leni Robredo, Manny Pacquiao, Salian, Teri Onor
Disclaimer:
The comments posted on this site do not necessarily represent or reflect the views of management and owner of POLITICS.com.ph. We reserve the right to exclude comments that we deem to be inconsistent with our editorial standards.