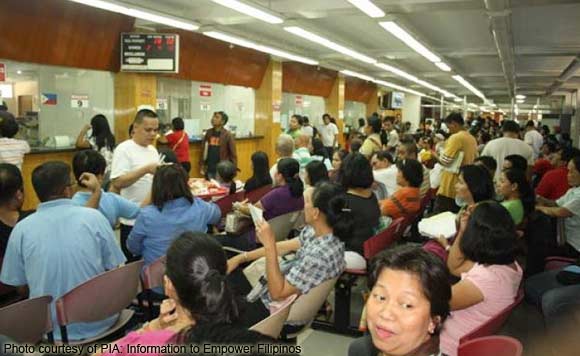 Taxpayers who are caring for their elderly parents must be given tax exemptions, Pampanga 2nd District Rep. Gloria Macapagal-Arroyo said in a statement February 14.

The lady politiko said these incentives, in her House Bill 1522, will highlight the Filipinos’ love and dedication to their family.

“One praiseworthy Filipino value is devotion to family ties. Married children take care of their parents by supporting them during their twilight years as an act of gratitude for all pains and sacrifices. Thus, it is not surprising to see family members who provide their aging parents a wide array of assistance from medications, adult healthcare and in some cases, medical procedures,” Arroyo pointed out.

The Pampanga solon said her proposed law is seeking to amend paragraph B of Section 35 of Republic Act No. 8424 or the National Internal Revenue Code (NIRC) of 1997 to include an additional exemption of P25,000 for each elderly parent being cared for by a taxpayer.

“An additional exemption of P25,000 for each elderly parent shall be likewise be allowed to the individual taxpayer: provided, that the elderly parent is chiefly dependent on and living with the taxpayer,” Arroyo added.

She further stated that elderly under her proposed law is any parent who is at least 60 years old with no means of support.

Under the prevailing law, an individual taxpayer is allowed an additional exemption of P25,000 for each depending child not exceeding four.

Arroyo said granting additional exemption for those taking care of their elderly parents is geared towards relieving them from tax burden and at the same time allowing them to save money which can be used to meet the nutrition, education, medicines and other basic needs of other dependents.

Arroyo said Republic Act No. 7432 or the Senior Citizens Act had allowed a taxpayer, who is head of the family, to include a senior citizen as a dependent under the NIRC. However, this privilege was not expressly provided under RA 8424 which is the reason why there is need for a new legislation in order for individual taxpayers to fully avail of this additional tax exemption.

Politiko would love to hear your views on this...
Post Views: 0
Spread the love
Tags: NIRC, Pampanga 2nd District Rep. Gloria Macapagal-Arroyo, Senior Citizens Act, Taxpayers
Disclaimer:
The comments posted on this site do not necessarily represent or reflect the views of management and owner of POLITICS.com.ph. We reserve the right to exclude comments that we deem to be inconsistent with our editorial standards.