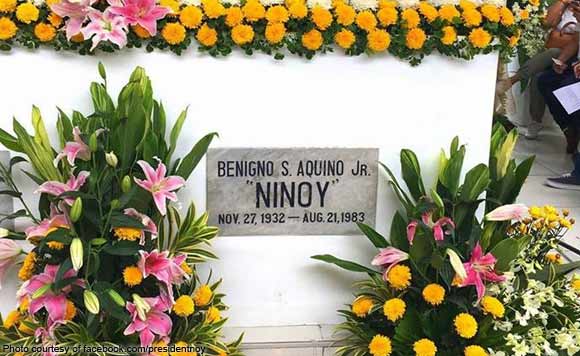 San Manuel Mayor Benjamin Tesoros has vowed not to elect any member of the Aquino in the 2019 elections during the commemoration of the 34th anniversary of the assassination of former Senator Benigno Aquino Jr last August 21.

According to a Philippine Daily Inquirer report, the Tarlac politiko said the province did not progress under the Aquinos.

“If there are improvements in my town, it’s because we worked hard for these. Only Concepcion benefited from Noynoy,” Tesoro said.

Tesoro said the decision to block the Aquinos from being elected stems from reports that the late senator’s youngest daughter, Kris, would run for governor and a relative, Senator Bam Aquino, would run for president.

But Tesoro said the move has nothing to do with the late democratic icon’s legacy.

“Ninoy was different. His passion to serve Tarlac, the country and the Filipino people was different. And I am personal witness to that. He had a comfortable life but he chose to sacrifice for the people,” he said.

Politiko would love to hear your views on this...
Post Views: 0
Spread the love
Tags: former Senator Benigno Aquino Jr, Kris Aquino, San Manuel Mayor Benjamin Tesoros, Senator Bam Aquino
Disclaimer:
The comments posted on this site do not necessarily represent or reflect the views of management and owner of POLITICS.com.ph. We reserve the right to exclude comments that we deem to be inconsistent with our editorial standards.