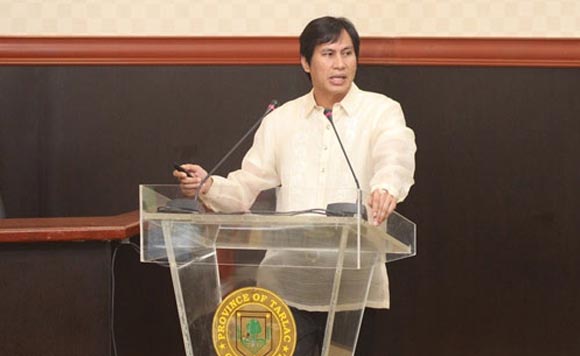 Tarlac 2nd District Representative Victor Yap is calling on the Senate to pass its counterpart bill that promotes competition in data transmission and telecommunications services.

“The Open Access bill will improve the data transmission services in the country, which would make Internet here faster and better,” said Yap, who chairs the House Committee on Information and Communications Technology.

“This would help everyone – farmers will be able to market their products or look for new ways to increase their yields, students will have a vast treasure trove of information. The possibilities are endless,” he added.

The proposed bill will allow third parties to use an existing network infrastructure for data transmission and grant the National Telecommunications Commission additional powers, the House statement said.

Yap points out that the Internet service in the country is the slowest and most expensive in Southeast Asia, even as he stressed that a fast internet connectivity has an impact on the economy.

“It’s important that we pass the Open Access bill since at this day and age, a country’s economy is dependent on the developments of its technological infrastructure,” he said.

Politiko would love to hear your views on this...
Spread the love
Tags: House of Representatives, National Telecommunications Commission, Open Access Bill, Representative Victor Yap, Second Reading, Tarlac 2nd District
Disclaimer:
The comments posted on this site do not necessarily represent or reflect the views of management and owner of POLITICS.com.ph. We reserve the right to exclude comments that we deem to be inconsistent with our editorial standards.