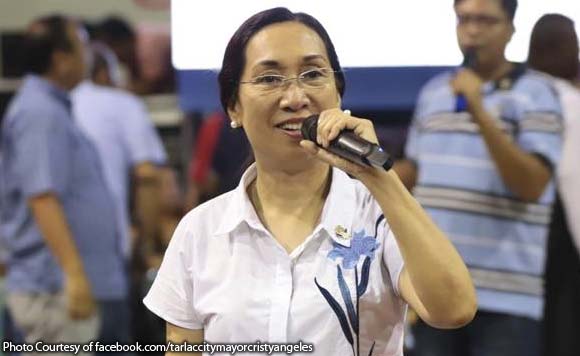 The event, held at the Tarlac City Plazuela, was initiated by the Philippine National Police, the Armed Forces of the Philippines, the Department of Interior and Local Government, and the religious sector.

Atty. Gilbert Almario, the provincial election officer, underscored the importance of the activity which showed the commitments of the uniformed personnel and the Commission on Elections.

According to him, the collective presence of the candidates leaves a strong impact as well to the public.

The election period for the May 13, 2019 polls officially began last Jan. 13, lasting through June 12. The campaign period for the senatorial candidates and party-list representation in Congress starts Feb. 12, while that for candidates for congressman, and provincial and municipal/city positions is on March 29.

Politiko would love to hear your views on this...
Spread the love
Tags: Armed Forces of the Philippines, Atty. Gilbert Almario, Commission on Elections, Congress, Department of Interior and Local Government), Mayor Cristy Angeles, Philippine National Police, Tarlac City, Tarlac City Information Office, Tarlac City Plazuela, unity walk
Disclaimer:
The comments posted on this site do not necessarily represent or reflect the views of management and owner of POLITICS.com.ph. We reserve the right to exclude comments that we deem to be inconsistent with our editorial standards.