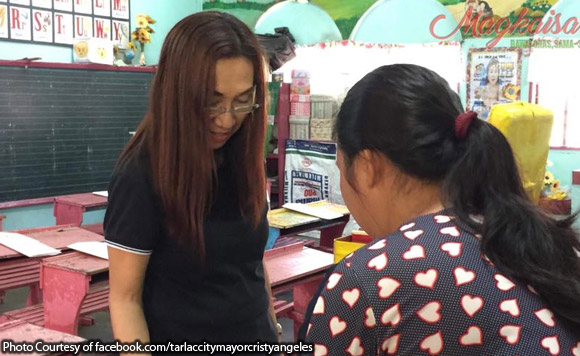 Tarlac City Mayor Cristy Angeles has thanked the teachers who acted as members of the Election Board in the recently concluded barangay and Sangguniang Kabataan (SK) polls.

In a statement, Angeles said the teachers were one of the main reasons why the May 14 elections in the city were declared as “generally peaceful.”

Angeles also expressed confidence that those who won in the elections would really do their job as public servants.

Politiko would love to hear your views on this...
Tags: barangay and Sangguniang Kabataan (SK) polls., Election Board, friendship, Mayor Cristy Angeles, public servants, Tarlac City, teachers
Disclaimer:
The comments posted on this site do not necessarily represent or reflect the views of management and owner of POLITICS.com.ph. We reserve the right to exclude comments that we deem to be inconsistent with our editorial standards.