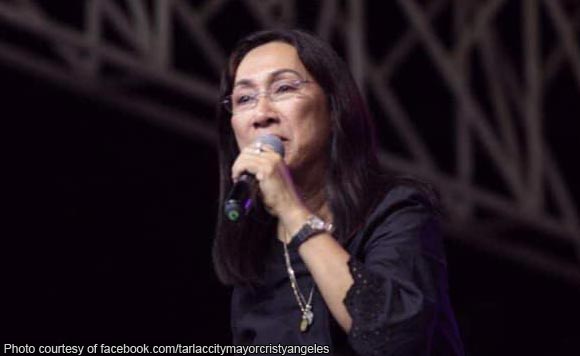 Tarlac City Mayor Cristy Angeles condemned the reported lewd Bikini Open contest held recently in one of the barangays of the locality.

In a statement Monday on her Facebook page, Angeles said she has ordered a thorough investigation on the incident to hold organizers accountable.

A local TV report showed that one contestant bared her breasts and performed suggestive acts while on stage.

Angeles said that as a mother both at home and of the city, it is her hope that the youth are raised properly, and are respectful of women.

She said that in fact, the city government are implementing programs to ensure an orderly, safe, God-centered and worry-free environment for all.

Politiko would love to hear your views on this...
Spread the love
Tags: city government, Mayor Cristy Angeles, Tarlac City
Disclaimer:
The comments posted on this site do not necessarily represent or reflect the views of management and owner of POLITICS.com.ph. We reserve the right to exclude comments that we deem to be inconsistent with our editorial standards.