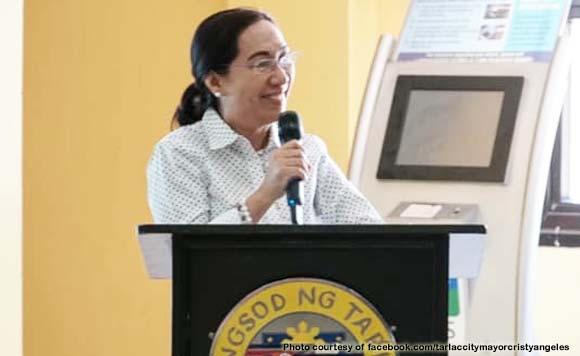 Mayor Cristy Angeles of Tarlac City bared Tuesday the “illegitimacy” of a news publication called, “Private I,” after it was found to be non-existent in its declared address.

Citing a Feb. 14, 2019 certification by Barangay Captain Jose M. Salting, Jr. of Barangay Anupul in Bamban, Tarlac, Angeles said the publication is not registered in that barangay as claimed.

Angeles had said then that the publication has no business permit, and that the names of the writers are fake.

She urged Tarlac residents to cooperate with authorities by providing information about the “fake newsmakers.”

Politiko would love to hear your views on this...
Post Views: 0
Spread the love
Tags: Angeles, Bamban, Barangay Captain Jose M. Salting Jr., Mayor Cristy Angeles, Tarlac, Tarlac City
Disclaimer:
The comments posted on this site do not necessarily represent or reflect the views of management and owner of POLITICS.com.ph. We reserve the right to exclude comments that we deem to be inconsistent with our editorial standards.