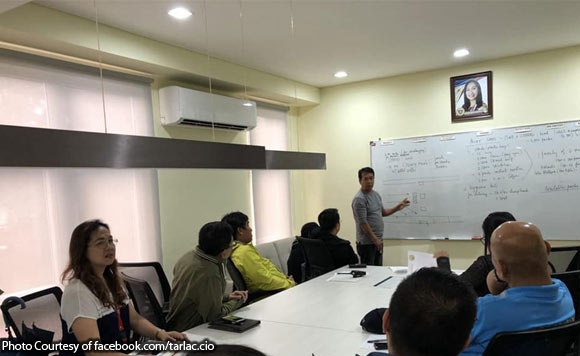 Various government agencies have conducted a sandbagging operation in a village in Tarlac City to prevent the overflowing of water from the river in the wake of Tropical Storm Inday.

CDRRMC Head Mayor Cristy Angeles, together with the said offices and agencies, were on full alert in the monitoring of the river’s situation, CIO said.

“The activity shall be continuous until the assurance of the stability of the Balanti River’s current and the safety of residents adjacent thereto,” it said.

Politiko would love to hear your views on this...
Spread the love
Tags: Mayor Cristy Angeles, river, sandbagging operation, Tarlac City, Tarlac City Disaster Risk Reduction Management Office (CDRRMO), Tarlac City Engineer’s Office (CEO), Tarlac City Information Office (CIO), Tropical Storm Inday, Various government agencies
Disclaimer:
The comments posted on this site do not necessarily represent or reflect the views of management and owner of POLITICS.com.ph. We reserve the right to exclude comments that we deem to be inconsistent with our editorial standards.