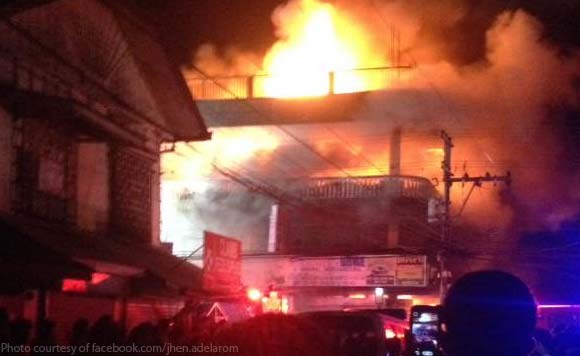 A part of the Tarlac City public market was razed by a fire on Sunday, April 16.

There were also minor fires in the city hall’s Treasury and Tourism offices last week.

“We are confident that our fire department is doing its job to ensure that no major fire could hit any of our establishments and cost lives,” Mendoza said.

The Bureau of Fire Protection (BFP) said the market fire was caused by electrical overload while he fires at the Treasury and Tourism offices were blamed on faulty electrical connections.

Politiko would love to hear your views on this...
Spread the love
Tags: Acting Mayor Genaro Mendoza, Bureau of Fire Protection (BFP), Tarlac Acting Mayor, Tarlac City, Tarlac City public market
Disclaimer:
The comments posted on this site do not necessarily represent or reflect the views of management and owner of POLITICS.com.ph. We reserve the right to exclude comments that we deem to be inconsistent with our editorial standards.