Subok na! GMA to run for Pampanga rep under Lakas-CMD 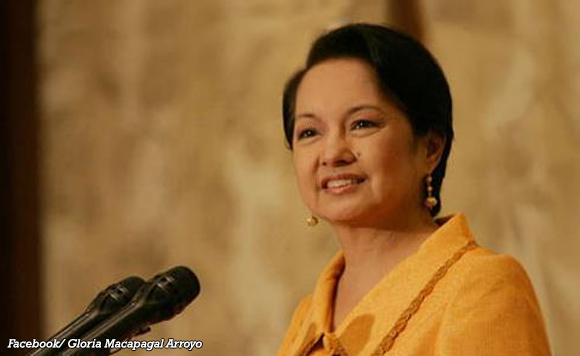 Former President and Speaker Gloria Macapagal Arroyo will run for district representative of Pampanga under the Lakas-Christian Muslim Democrats (Lakas-CMD).

At 74, Gloria Arroyo comes out of retirement to run for Congress

Arroyo filed her certificate of candidacy last Friday through her lawyer.

“(President) Arroyo has a proven track record with excellent credentials in leading our country to greater heights. Given her abilities, competence, fairness, sound judgment, commitment and focused leadership, she will be a very promising leader and a tremendous asset to the incoming 19th Congress,” Lakas-CMD said in a statement.

In 2017, Arroyo took her oath as member of the ruing PDP-Laban.

No room for retirement! GMA eyes another term as Speaker in Congress comeback

She however remained as President Emeritus of Lakas-CMD.

Her bid to come back to the House of Representatives has stirred speculation that she will try to vie for the speakership again.

Rumors that she will run for Congress started after she met Davao City Mayor Sara Duterte Carpio who is being pushed to run for president few months ago.

There were claims that Carpio was behind the ouster of Davao del Norte Rep. Pantaleon Alvarez as Speaker in 2018. Alvarez was replaced by Arroyo.

To be able to run for president Carpio should be adopted by a national party like Lakas-CMD.

Politiko would love to hear your views on this...
Spread the love
Tags: Eleksyon 2022, Gloria Macapagal Arroyo, Lakas-Christian Muslim Democrats (Lakas-CMD), Pampanga
Disclaimer:
The comments posted on this site do not necessarily represent or reflect the views of management and owner of POLITICS.com.ph. We reserve the right to exclude comments that we deem to be inconsistent with our editorial standards.