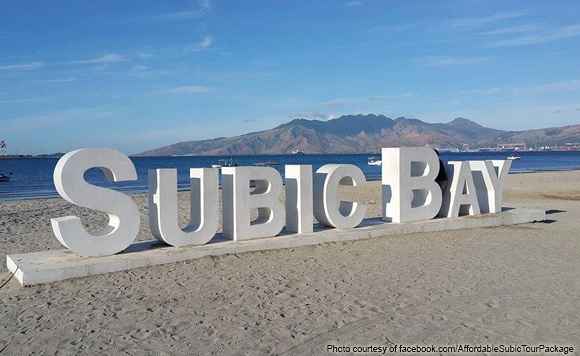 SUBIC BAY FREEPORT — Tourist arrivals in this premier freeport reached more than 1.7 million in 2018, maintaining its status as the top destination in Central Luzon for foreign and local visitors.

This was based on the 2018 Regional Distribution of Travelers report of the Department of Tourism (DOT) regional office here.

Subic Bay Metropolitan Authority (SBMA) chairman and administrator Wilma Eisma said the natural and man-made attractions in the freeport made it the top tourist destination in the region since 2013.

“Subic has it all. There are nature-themed parks, hotels and resorts, and malls. The place is accessible by land, sea and air; and we have year-round activities to make tourists want to visit and stay in Subic,” she said.

Eisma also attributed the increase in the number of visitors, who attended various meetings and activities that included local and international sports events hosted at the freeport.

This represented 41.73 percent of the total guest arrivals recorded in the seven provinces of Central Luzon and the economic zones of Subic and Clark.

She said the accomplishment validates the efforts by the freeport community to maintain the status of Subic as a top tourist destination.

“This is the result not only of the SBMA, or of the tourism establishments in Subic to draw more tourists, but of the whole freeport community to make our place cleaner, safer, more secure and providing more memorable experiences,” Eisma said.

Subic has earned the distinction of being the “Premier Convention Capital of Central Luzon” in 2012, a title that was also bestowed by the DOT.

Likewise, Subic has been dubbed before as “Triathlon Capital” and “Theme Park Capital” of the country, in recognition of its drawing power in sports and adventure tourism.

Meanwhile, Zambales followed as second best destination with 674,359 arrivals, while Clark was a distant third with 473,162.

The DOT report also showed that most of the guests that arrived in Central Luzon were domestic tourists, with a total count of 3,798,848.

Politiko would love to hear your views on this...
Post Views: 6
Spread the love
Tags: Aurora, Bulacan, Department of Tourism, Nueva Ecija, Pampanga, SBMA, Subic Bay Freeport
Disclaimer:
The comments posted on this site do not necessarily represent or reflect the views of management and owner of POLITICS.com.ph. We reserve the right to exclude comments that we deem to be inconsistent with our editorial standards.