Subic Mayor Jay Khonghun will miss this the most as mayor 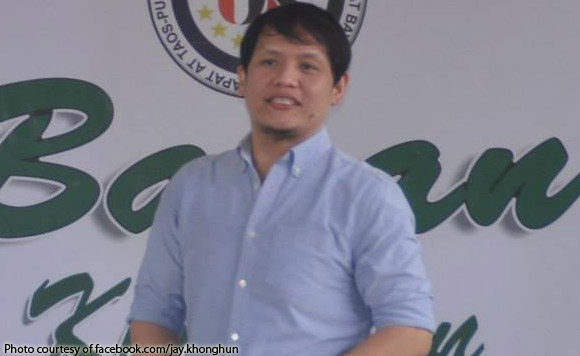 Outgoing Subic Mayor Jay Khonghun is taking a trip down memory lane, and is bringing his Facebook followers along the ride.

Before he passes on the mayorship to Jon Khonghun, Mayor Jay posted on Facebook one of the things he’ll miss the most as mayor of Subic: announcing no classes or no work days. He elaborated that he tried his best to make early announcements because the safety of his constituents was his topmost concern—not wanting them to end up in the hospital because they got drained in the rain. He added a final note, hoping that the people of Subic won’t ever forget him.

Mayor Jay is set to step in as Vice Governor of Zambales on June 30.

Politiko would love to hear your views on this...
Tags: Jon Khonghun, Mayor Jay Khonghun, Subic
Disclaimer:
The comments posted on this site do not necessarily represent or reflect the views of management and owner of POLITICS.com.ph. We reserve the right to exclude comments that we deem to be inconsistent with our editorial standards.