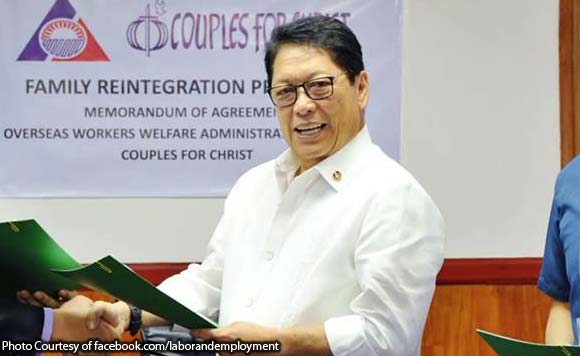 At least 22,000 job opportunities mainly in construction and related fields will be up for grabs at a day-long jobs caravan at the SBMA gymnasium in Subic on Feb. 9, the Department of Labor and Employment said.

DOLE Secretary Silvestre Bello III said the job fair will be open to all jobseekers in Central Luzon and nearby areas.

Bello said 77 companies will be offering more than 22,000 vacancies for all skilled jobseekers.

The DOLE said the job fair is part of the Build Build Build infrastructure program of the government, and was originally meant for workers of Korean shipbuilder Hanjin Heavy Industries who lost their jobs and those about to be laid off.

He added the number of companies may further increase so as the job vacancies to be offered.

“We are thankful to the companies for making available opportunities not only for skilled workers in Central Luzon but also in surrounding provinces. These workers are mostly needed as we push the Build Build Build infrastructure program of the Duterte government,” Bello said.

DOLE has profiled close to 3,000 Hanjin workers who may be qualified for the various opening.

A pre-registration of all other applicants will be held on February 4, 6 and 7 at the SBMA Gym from 8 a.m. to 2 p.m. Job vacancies may be viewed at build.gov.ph.

Politiko would love to hear your views on this...
Spread the love
Tags: Caravan, Carpenters, Central Luzon, Department of Labor and Employment, electricians, government, Hanjin Heavy Industries, infrastructure program, masons, painters, pipe-fitters, scaffolders, Secretary Silvestre Bello III, steel men, Subic job opportunities, welders
Disclaimer:
The comments posted on this site do not necessarily represent or reflect the views of management and owner of POLITICS.com.ph. We reserve the right to exclude comments that we deem to be inconsistent with our editorial standards.