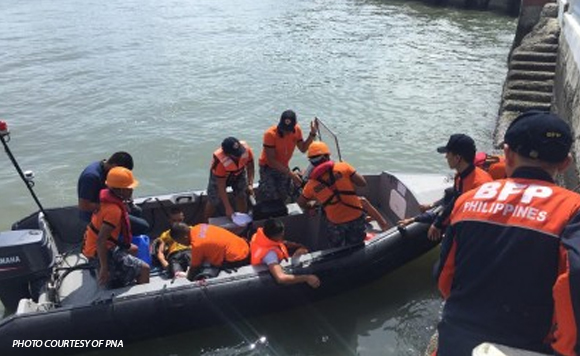 The Subic Bay Metropolitan Authority (SBMA), along with stakeholders in the maritime sector, conducted an Oil Spill Simulation Exercise (Simex) off Boton Wharf on Friday, according to a Sun Star Pampanga report.

The report quoted Diego Aviles of the SBMA Seaport Department as saying the exercise was in line with SBMA’s thrust to improve its competency to respond in the event of an oil spill, as well as develop better coordination with concerned stakeholders.

He said Pure Petroleum Corporation and the Subic Seaport Terminal Inc., including the motor tanker MT WRC1, participated in the simulation.

“Part of the exercise is to test the capabilities of the motor tanker vessel and the Boton port facility, identify concerns among those involved, assess the needed resources to sustain the oil spill response operation, activate the Seaport Emergency Response Team, and measure the deployment of the oil spill equipment and response time,” Aviles said.

Some groups also joined the Simex as observers, he said.

Aviles said an oil spill is defined as the release of liquid petroleum hydrocarbon into the environment, especially the marine ecosystem, due to human activity, and is a form of pollution.

He said the term is usually used for marine oil spills, where oil is released into the ocean or coastal waters, but spills may also occur on land.

He added that oil spills may be due to releases of crude oil from tankers, offshore platforms, drilling rigs and wells, as well as spills of refined petroleum products such as gasoline or diesel fuel and their by-products, heavier fuels used by large ships such as bunker fuel, or the spill of any oily refuse or waste oil.

Politiko would love to hear your views on this...
Spread the love
Tags: Simulation Exercise, Subic Bay Metropolitan Authority
Disclaimer:
The comments posted on this site do not necessarily represent or reflect the views of management and owner of POLITICS.com.ph. We reserve the right to exclude comments that we deem to be inconsistent with our editorial standards.