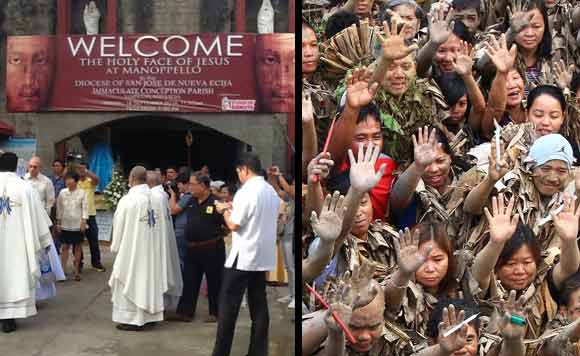 The Nueva Ecija politiko wants the Holy Face of Jesus at the Immaculate Conception Church in Nampicuan and the “Taong Putik” at the Juan Bautista Church in Aliaga to become provincial destinations.

Suansing said declaring these as official tourist destinations will help propagate Catholic devotion as well as promote tourism in the areas concerned.

She also wants to include the zipline attraction in Mount Balaylay in Cuyapo in the list.

Suansing said this will help boost the local economy because it will give livelihood to the residents.

Politiko would love to hear your views on this...
Spread the love
Tags: "Taong Putik", Aliaga, Cuyapo, Immaculate Conception Church, Juan Bautista Church, Mount Balaylay, Nampicuan, Nueva Ecija, Representative Estrellita Suansing
Disclaimer:
The comments posted on this site do not necessarily represent or reflect the views of management and owner of POLITICS.com.ph. We reserve the right to exclude comments that we deem to be inconsistent with our editorial standards.