Student in Tarlac gets severe dengue after Dengvaxia shots 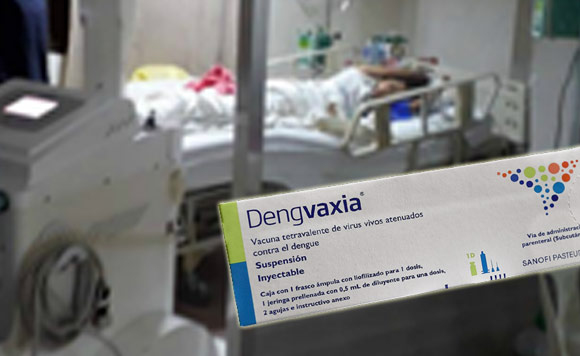 A student in Tarlac who received three doses of Dengvaxia was confined in a hospital in Pampanga due to severe dengue.

According to reports, the student never had dengue before until she was immunized with the dengue vaccine.

In Mariveles, Bataan, a 10-year-old girl was recently reported to have died of dengue after receiving Dengvaxia shots.

However, there has yet to be a confirmation from the Department of Health about the real cause of these cases.

Sanofi Pasteur, Dengvaxia’s manufacturer, earlier advised against prescribing Dengvaxia to patients who have no previous history of the disease, as it may have adverse effects on them.

The vaccine was rolled out nationwide in 2016 under former health secretary Janette Garin.

Politiko would love to hear your views on this...
Post Views: 0
Spread the love
Tags: Bataan, dengue, Dengvaxia, Department of Health, former health secretary Janette Garin, Mariveles, Pampanga, Sanofi Pasteur, student, Tarlac
Disclaimer:
The comments posted on this site do not necessarily represent or reflect the views of management and owner of POLITICS.com.ph. We reserve the right to exclude comments that we deem to be inconsistent with our editorial standards.