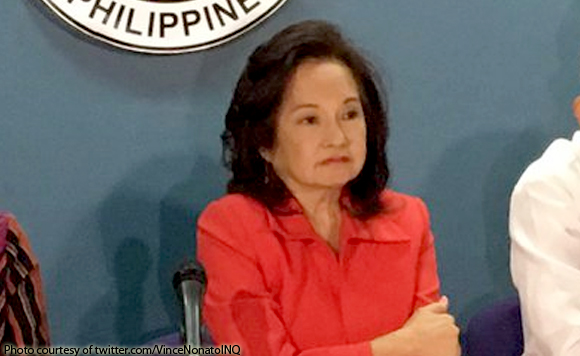 While her “cell treatment” may have not removed all her ailments especially her “irreversible and progressive spine disease,” Pampanga 2nd District Rep. Gloria Macapagal-Arroyo credits the former for making her look younger.

However, the House Deputy Speaker is is not feeling the less displease with the medical procedure as she is well aware as it is still considered an alternative medicine.

“Sometimes it works, sometime it doesn’t. Or if it works, it works in different degrees,” the lady politiko stressed.

Arroyo cited the case of former president Joseph Estrada who had his ailing knee treated by cell therapy and was able to walk straight out of the hospital on his check-out date.

“So that was like an equivocal success. So it’s really up to the person’s body,” she added.

And while admitting still to some pains, Arroyo also said cell therapy is a rejuvenation process and thinks the treatment is responsible for making her look younger.

“That one, well everybody is saying I look younger so maybe it works,” she stressed.

Politiko would love to hear your views on this...
Spread the love
Tags: Pampanga, Rep. Gloria Macapagal-Arroyo
Disclaimer:
The comments posted on this site do not necessarily represent or reflect the views of management and owner of POLITICS.com.ph. We reserve the right to exclude comments that we deem to be inconsistent with our editorial standards.