Starting all over again: Here’s what Duterte gave man who lost family in Bulacan massacre 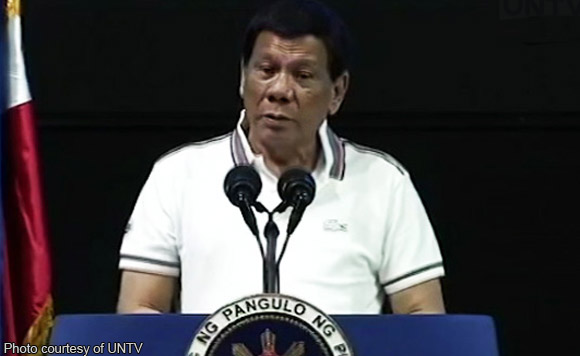 President Rodrigo Duterte has given P255,000 and a cellphone to a man who lost his family in a massacre in San Jose Del Monte, Bulacan last week.

Duterte went to Bulacan Tuesday (July 4) to condole with Dexter Carlos and offer him assistance.

In an interview with reporters after his visit, the President said the National Housing Authority also offered a new home to Carlos.

One suspect has confessed to killing Carlos’ family, allegedly under the influence of illegal drugs.

Politiko would love to hear your views on this...
Spread the love
Tags: Bulacan, Dexter Carlos, illegal drugs, national housing authority, president Rodrigo Duterte, San Jose Del Monte
Disclaimer:
The comments posted on this site do not necessarily represent or reflect the views of management and owner of POLITICS.com.ph. We reserve the right to exclude comments that we deem to be inconsistent with our editorial standards.