Sta. Rosa, Nueva Ecija allows CSC to use its property for 25 years 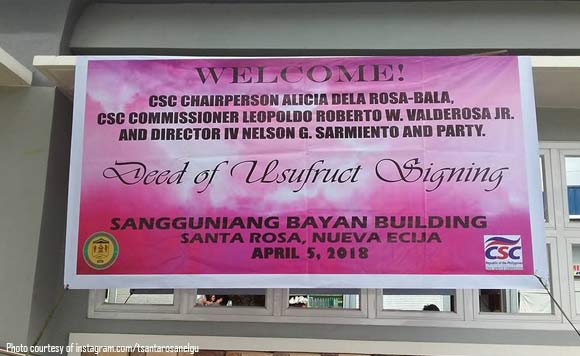 The local government of Sta. Rosa in Nueva Ecija has agreed that its land will be used by the Civil Service Commission (CSC) for its office.

A “Usufruct Agreement” was signed Thursday between the CSC represented by Chairperson Alicia dela Rosa-Bala and the Municipal Government of Santa Rosa, represented by Mayor Marita Angeles.

“Under the agreement, Santa Rosa will allow the use of its 267 sq.m. lot for the construction of the building of the CSC – Nueva Ecija Provincial Office for 25 years,” the local government said.